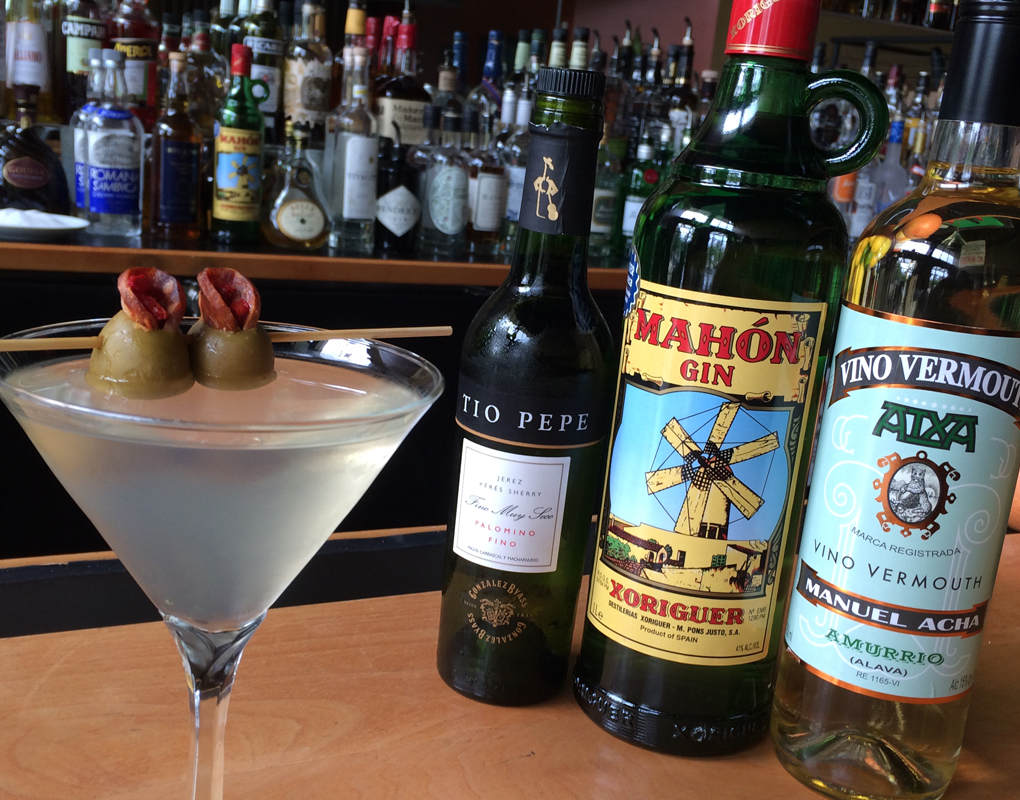 This twist on the classic martini features Mahon gin, one of the only gins in the world to have it’s own appellation, or geographic designation. (The other of note being England’s Plymouth gin, which recently lost it’s geographic designation). Mahon gin is produced on the island of Menorca, Spain and is made with imported juniper berries and grape alcohol rather than the traditional grain found in most gins. You can read more about Mahon gin here: http://www.xoriguer.es/Bienvenidos.aspx?lan=en

With a splash of orange bitters and garnished with some house made chorizo and piquillo pepper hand-stuffed green olives, this is a nicely balanced, easy to drink martini that features some amazing Spanish liquor and liqueurs.

Located in downtown Corvallis, del Alma Restaurant offers an elegant yet warm and inviting dining atmosphere with a view of the riverfront. del Alma means "of the soul", and we strive to express that feeling with our hospitality, service and food with every dining experience. Our menu, inspired by the flavors of Latin America, the Caribbean, and Spain, features fresh ingredients from local markets, farms, and ranches of the Northwest. Our bar hosts classic and original cocktails and a wide range of spirits. We also have an extensive food-friendly wine list featuring both Old and New World selections.

Come in and enjoy spacious dining in a warm atmosphere on the riverfront! Reservations are encouraged as our current seating is limited. In addition, our full dinner and bar food menu items are also available for take-out.
Every Wednesday we offer a 3-Course Dinner Special for $35 - come in and check it out! Click here to see our weekly menu.

Thank you for supporting your local restaurants!